This website does not support Internet Explorer. Please upgrade to a newer, modern browser such as Google Chrome or Mozilla Firefox for an optimal viewing experience. 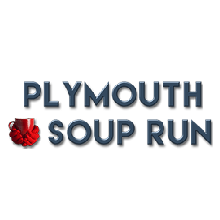 The Plymouth Soup Run is a community and faith driven service providing free food and hot drinks to homeless, hungry and vulnerable people 365 days a year.   It is run by dedicated teams from local churches and communities in Plymouth.

The teams go out each evening from Monday to Saturday serving the food and drink at 4 stops around the city.  On Sunday’s a soup kitchen opens at the Shekinah Mission in Bath Street, Stonehouse, serving between 8:30pm and 10:00pm.

The Plymouth branch of the Rapid Relief Team joined the rota of teams in January 2016 and serves the soup run every 8 weeks on Tuesday nights.  On the 21st June 2016, ten of the Plymouth RRT team manned the Plymouth Soup Run for the evening.  Starting out in the morning the bread and rolls were collected, these being kindly donated by Sainsbury’s.  During the day a willing team put together the bags containing cheese and ham sandwiches, crisps and cookies.  These were then distributed along with hot soup, tea, coffee, hot chocolate, water and juice cartons – and pasties and sausage rolls donated by Oggy Oggy Pasty Co.  Items of clothing such as sweaters, hoodies, fleeces, trousers and socks were also donated by RRT.  During the winter months’ blankets are also distributed which are gladly received.

The round in June started at 9:00pm at Charles Street in Plymouth City Centre and moved on to the Hoe on the seafront; then to a very bleak and isolated location known as Devils Point and finishing up at about 10:30pm at Kings Road in Devonport.  70 persons and 3 dogs were served.

The thing that strikes all those who have been involved in this service to those in need, is the appreciation shown and all the hearty thanks for the meal.  Numbers of recipients can be up to 100, particularly during the summer months, and in winter time you have to make sure that in the event of severe weather that everyone has somewhere indoors to spend the night.  The care system in Plymouth for the homeless is quite outstanding and RRT are glad to help the local community to assist those in need of support.

RRT back at it, supporting emergency services in Springbrook

Help us make a difference